History of The Fairchild Air Force Base

It began in 1935 when a congressional party set out to determine the most logical location for the next Army Air Corps supply and maintenance depot. The list was short and the competition was tough; however, on Sept. 10, 1941, in his memorandum to the Secretary of War, Brig. Gen. Carl Spaatz, Air Corps Chief of the Air Staff, recommended the Northwest Air Depot be located near Spokane, Wash.

According to Spaatz, the Spokane site was preferred due to a copious amount of reasons including better strategic location-350 miles from the Pacific Ocean and a mountain range as a natural barrier to the possible Japanese attack, less interference from poor flying weather, an improved flying route to Alaska, better flow of raw materials from the east side of the country and presented no obstacles to an early and expeditious construction.

On Sept. 11, 1941, the War Department approved the Spokane site for the Northwest Air Depot, later named the Spokane Air Depot. Construction began on Jan. 19, 1942, after the citizens of Spokane raised approximately $125,000 to purchase 2,400 acres for the depot. The construction took more than a year to complete and cost nearly $25 million. 262 buildings were built, the largest being the 12-acre repair hangar.

The repair hangar saw an impressive line-up of aircraft during its time as the Spokane Air Depot including B-17s, B-24s, B-25s, C-47s, P-38s, P-47s and P51s. The maintenance division’s primary mission was to repair B-17 engines and in June 1945, three women completed work on the 10,000th B-17 engine to roll off the line at the depot. Having overhauled an estimated 11,000 engines and saving the government nearly $87 million, the Air Service Command became inactive in March 1947, closing the Spokane Air Depot.

With the closing of the Spokane Air Depot in 1947, came a new name, a new mission and the arrival of the 92nd and 98th Bomb Groups. The depot became known as the Spokane Army Air Field and became one of Strategic Air Command’s most valuable assets and SAC’s largest B-29 organization. The following year, the base received yet another official name: the Spokane Air Force Base.

In November 1950, the base took its current name in memory of Air Force Vice Chief of Staff, General Muir S. Fairchild, and became known as Fairchild Air Force Base. In 1956, the wing began a conversion that brought the B-52 Stratofortress, followed by the KC-135 Stratotanker in 1958. 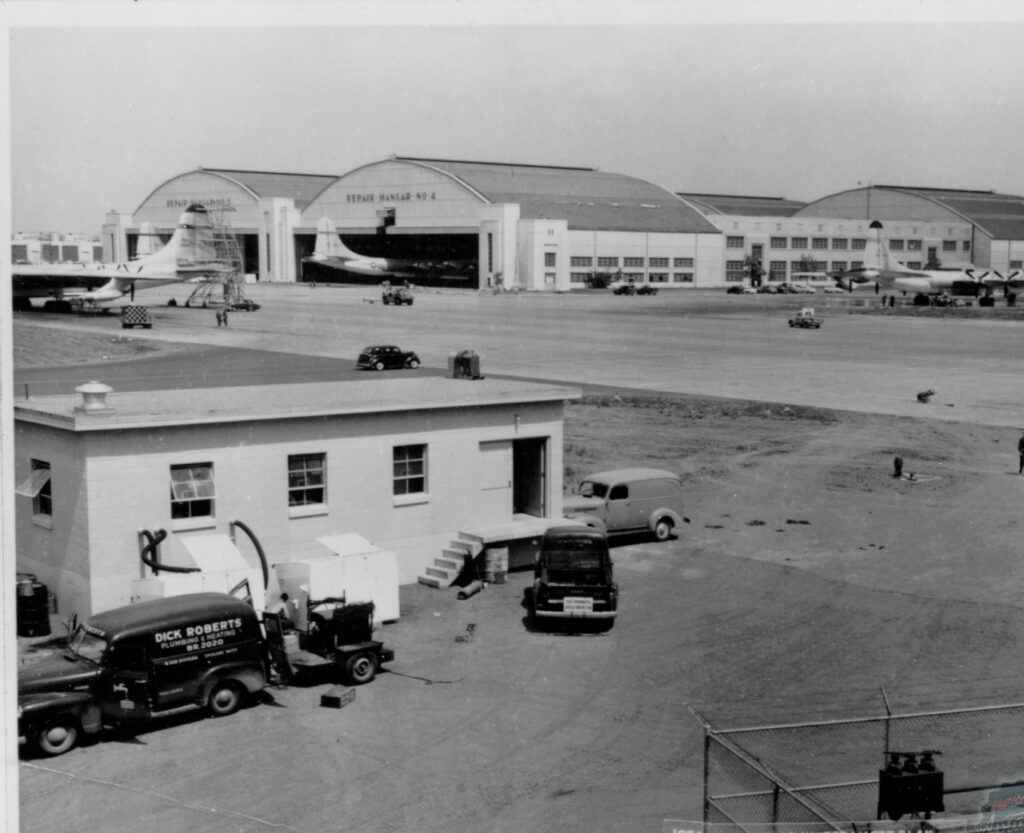 As military operations in Vietnam escalated in the mid-60s, the demand for air refueling increased. Fairchild tanker crews became actively involved in Operation YOUNG TIGER, refueling combat aircraft in Southeast Asia. The wing’s B-52s were deployed to Andersen AFB, Guam, and became actively involved in the bombing campaign against enemies in Vietnam.

Strategic Air Command finished 46 years of service to the nation in June 1992. Fairchild then became part of the Air Combat Command and was re-designated the 92nd Bomb Wing.

December of 1993, brought significant change to the mission at Fairchild. In the first steps of converting to a primary refueling wing, B-52s began transferring to other bases. The departure of B-52s continued until the last bomber left Fairchild on May 25, 1994. The bomber mission had officially ended after 52 years of duty.

On July 1, 1994, the 92nd BW was re-designated the 92nd ARW, and Fairchild was transferred from ACC to Air Mobility Command in a ceremony marking the creation of the largest air refueling wing in the Air Force.

“The building is historical and important; however, it means nothing without the hard work and dedication of those individuals who have served their country throughout the history of the building,” concluded Wolfe.

The Science Behind the Oldest Trees on Earth