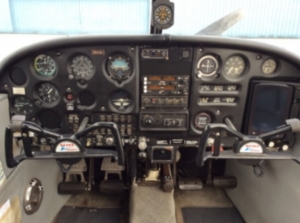 You could rent a Cherokee 140 for $18/hr with instructor.

The year was 1968.  The place was Wes-Tex Aircraft in Lubbock Texas.  I made the plunge to satiate my urge to fly by going by to sign up for an introductory flight.  They were $5.00 at the time.  Needless to say, I was hooked, and shortly thereafter began instruction to slowly but surely work toward my license.  On the ramp were several new airplanes.  Three were Cherokee 140’s that rented for $14.00 an hour.  The instructor added another $4.00.  Not a lot seemingly, but to a college kid making $1.65 an hour, it added up.

The planes were factory fresh, equipped with the latest in avionics.  That, of course, consisted usually of one Narco Mark 12.  The first thing you did after the engine was running was turn on the radio and wait a couple of minutes for the vacuum tubes to warm up.  One of the planes was especially well equipped.  It had two Mark 12’s and an ADF.  It obviously was the instrument trainer.  Transponder?  What’s that?  You called approach and told them approximately where you thought you were, and they assigned you a heading to fly and after a minute or so another heading, and when they saw you doing what they requested, they assumed that blip on their screen was you.  Headsets? Intercom?  Unheard of.  You yelled to communicate, and hearing loss wasn’t even considered.  To talk on the radio, you picked up the microphone. 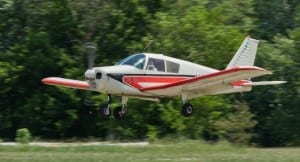 Times have changed, obviously.  That new Cherokee 140 that came out of the factory with a sticker price of $12,000 is now going for 5 times that, even though it’s 55 years old.  It’s not hard to spend as much upgrading a panel as you spent for the whole airplane.  I worked for about a year in the parts room of one of the local repair shops.  The hourly charge for an A&P was $8.00 an hour, and a helper was $6.00.  Those prices have also skyrocketed by a factor of 10-15.  Gas that was 50 cents a gallon is now $7.00 or more.

Of course, on the other hand, the capability of modern planes would have been science fiction in those days.  A thin little hand held computer that contains every sectional, approach chart, enroute chart and airport facility directory in existence and shows you where you are on the map?  Surely not.  You can look at the map and there’s radar overlaid on it that is coming from satellites. It shows you where other planes are around you, their altitude and which direction they’re going.  You know exactly how long it will take to your destination, and navigation concerns consist of keeping the airplane symbol on the magenta line.  We never dreamed of such.

But the more things change, the more they stay the same.  A recent visit to the old airport involved my brother showing me updates to the panel on the Mooney I used to be part of.  We then went across the ramp where Wes-Tex used to operate.  There’s still a flight school there.  It still has Cherokees on the ramp.  In fact, they are the same vintage Cherokees that I learned to fly in 55 years ago. Avionics have obviously been upgraded, but when they fly, I’m sure they fly just like they did when they were new.   I shudder to think how many thousand hours are on those airframes, or the amount of maintenance required to keep them in the air.  A ragged old 172 and 150 rounded out the menagerie of choices.

As we perused the hangar, there was a Twin Commanche that was awaiting a new wing after a gear collapse.  One of the Cherokees sat at the back, it’s nosewheel cocked to one side due to an errant landing by a student.  One had the cowling off, the engine in pieces.  Another was down for a hundred hour.  One of them looked horrible.  The paint, at least what was left of it, I’m sure was original, and not well kept.  I mentioned how pathetic it looked, and my brother replied “Yeah, but it sure flies good.” 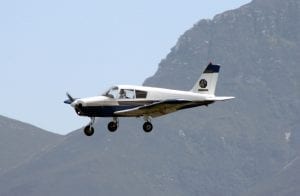 Even the older airplanes are renting for more than $150/hr.

I daresay that most recreational pilots are training and renting old planes like this, and in fact, this school even has some international students who come there to train.  There’s a reason for that.  While the price for renting one of these old planes is on the north side of $150 per hour, a school that was trying to pay for a new $400,000 airplane would obviously be much higher, and those schools cater mainly to pilots on a professional track anyway.  Anyone just wanting to fly for fun doesn’t have a lot of choices.

Is this going to change?  I can’t foresee how.  Used planes on the market now routinely advertise 4,000-6,000 hours total time.  Prices are through the roof.  I saw a five year old SR22 advertised for over $900,000.  No wonder new ones are still selling.   The cost to properly maintain a plane is obscene.  Finding a good shop is harder and harder.  Currant A&P’s are aging, and new ones aren’t coming in to replace them.  What does the future hold?  Hopefully market forces will cause things to correct, but at what cost?  Is recreational flying doomed?

I wondered what would happen this year at Oshkosh with fuel prices at new highs, but the result was pleasantly positive, and hopefully that bodes well.  The homebuilt market seems to be healthy, and that may well be the future of recreational flying.  But I fear the days of a college kid working for minimum wage being able to afford to realize his or her dream appear may be fading.

There are airplanes close to 100 years old still taking flight, but they are rare.  The registry of older planes is declining every year as some are simply not economically feasible to keep in the air.  I see a plane built in the 1980’s and think of it as being fairly new but then I do the math and realize it’s 40 years old.

I trust that somehow the industry will adapt, but my crystal ball isn’t showing me how that will take place, and I’m probably not going to be around to see it happen.  I simply hope that those with dreams of flight like myself will still have a chance to experience what I have been able to, even if it is in an old airplane that isn’t pretty, but sure flies good.

4 Ways To Make Safer Landings In The Winter

3 Reasons Why Mountain Waves Are More Common In The Winter